The Rise Of Ghanaian-Canadian supermodel, Nini Amerlise, The Woman On Fire

She is a woman on fire, blazing the trail for the young generation to chase their purpose and potential. This iconic sensation has been seen on countless red carpets, a fashion icon, Activist, Celeb Award winning Supermodel and TV presenter. Nini Amerlise made her mark in the Canadian Market, representing boldly as a Ghanaian – Jamacian beauty, authentic and unapologetically true to who she is. Nini uses her platform to talk about controversial topics such as skin bleaching, colourism, domestic abuse and faith in her empowerment sessions, leaving her audience to probe and reflect on one’s personal journey towards growth.

For many she is an inspiration and beautiful example of selflessness and embodiment of self love. Nini practices wholesome affirmations and readily avails herself to teach others on their journey. Recently, Nini Amerllse took home two awards “Best Canadian model of the year ” ByBlacks.com & Philanthropy recognition “ Using Talent to Impact Women ” honours at the AFRIFAMU Awards held in Los Angeles in March 2020. She stunned us with her radiance on the red carpet as she was also invited as a host that evening, interviewing some of the most elaborate diginiaties and talent. While peaking our interest this is why we want to delve deeper and learn more about what makes this International Supermodel so unique? 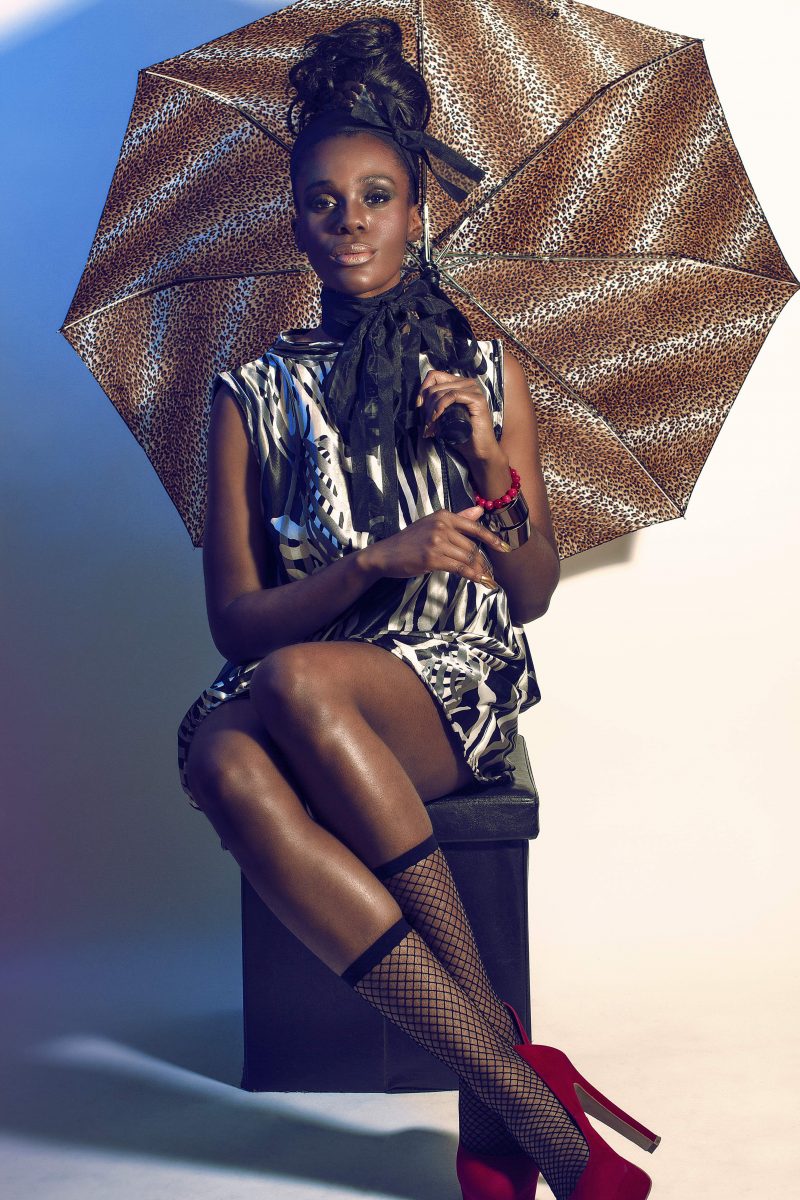 9 time award winning embodying the famous quote ​“Beauty you’re born with, but brains you earn.”―​ Jay Kristoff, ​Nevernight​ . She is an entrepreneur, creatively inclined , innovative, , diligent, strategist and detail oriented; she parlays a background the of season one winner of “Supermodel Canada” series and an exceptional runway/commercial model and on screen Actress making an appearance in popular Netflix Series “ Self-made” inspired by Madame CJ walker.

A Esteem Advocate, out of Nini’s ashes of severe domestic abuse and bullying came a drive to empower the youth and women after much mentoring, which lead to the establishment of “We Are Royals” inc – A nonprofit organization seeking to develop the esteem and confidence in youth through arts and culture in and across North America, West Africa and the Caribbean diaspora.

Nini hopes to make the organization in full effect employing over 300-500 employees and volunteers by 2021. Nini’s inspiring leadership has also led to the creation of multiple workshops and classes that are interchangeably available virtually and in physical lectures. Offering mentorship from top tier instructors and industry professionals. The Non profit has a Television and media sector that is currently in development for expansion; with goals to reach and expound into the global market to further the grounds of extensive mentorship in a uniquely creative and interactive way. 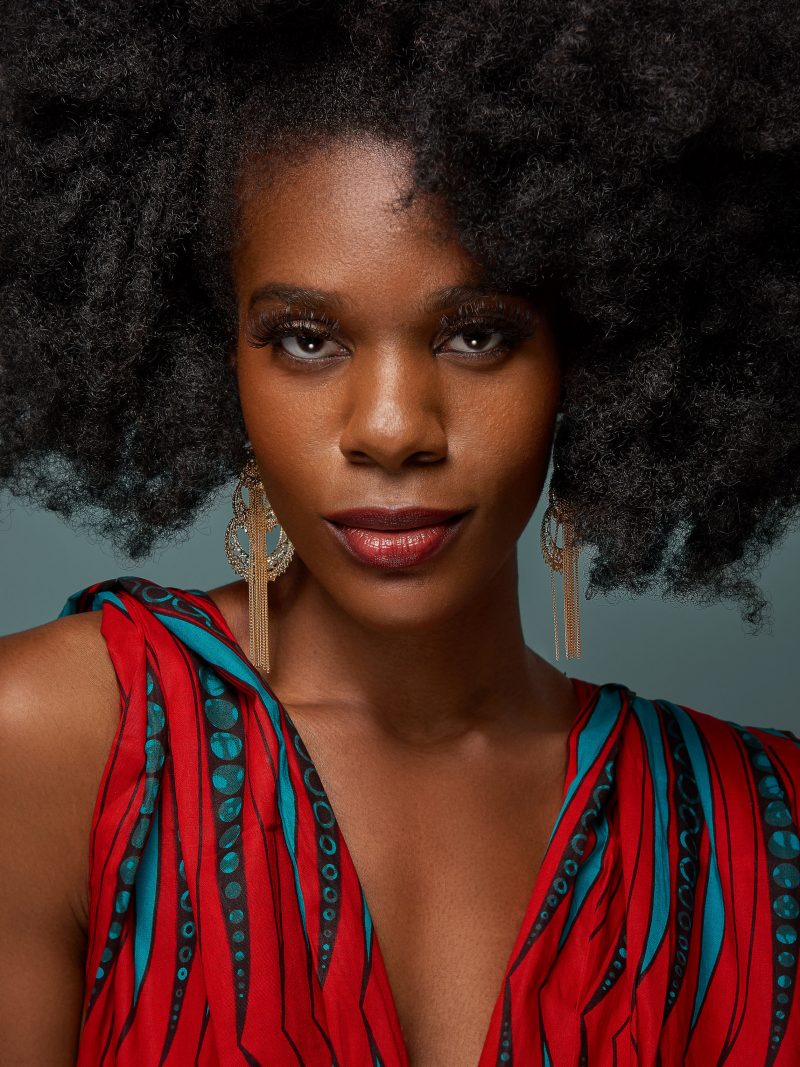 She has played major roles in commercials and tv shows, making her first onscreen appearance on Global TV for designer Ocean Avenue in April 2015, she went on to strut in the​ Golden Button fashion television series hosted by Adebayo Jones in March 2016, which opened doors to empower Caribbean

youth via Trinidad’s GT Network, Her advocacy continued on CTV – Diversity in Fashion as a Panelist, Impact Radio in Los Angeles, appeared in multiple episode for fashion series on Slice TV “STITCHED” and took home the winning prize, modelled in Marshalls commercials, Advocated on ETV South Africa and is currently contracted as the new TV Host for Travel Africa Network, where she gives us a tour into the luxury safari’s throughout the African Diaspora. In addition, ​She was recently selected by the West African Fashion Council to join the board of directors to help influence and redefine the world’s perception of African fashion and talent, through a series of development initiatives, seminars, collaboration and events.

Nini began her career at the age of 20 receiving her first award recorded as” Top Model “ 2015 at the Miss international city pageant. She was nominated by the African Fashion Industry Awards in Toronto as “Rising Star Model of the year “ and Won in August 2016. She then propelled to fame in 2017 after winning season one of the “Supermodel Canada” series, making her the first black Supermodel in Canadian history to win a model competition of such a caliber. Runway became Nini’s staple, walking in over 70 shows with no slowing down. She often receives direct bookings and has worked with notable designers including Ofuure, Kaela Kay, Rocky Gathercole who is known for creating elaborate custom designs for Beyonce, Katy perry and Nikki Minaj, and celebrity designer Michael Kuluva of Tumbler and Tipsy. After she opened his show in 2017 she made news in the tabloids and was spotted in Glamour magazine.

Nini’s catwalk is easily compared to a panthers prowl, strong yet graceful and ready to knock you off your feet. She dazzled beautifully at the Inaugural Classic New York Gala hosted by Mario lopez wearing a nicely fit gold and black evening gown 2018, in addition to some our favourite stand out moments includes Los Angeles and New York fashion week, South Africa’s pink polo , International Fashion encounter featuring top designers from dubai, both Toronto women and Men’s fashion week, Caribbean Fashion week, African Fashion week and she has also been invited to multiple private screenings and conferences for top prestigious events in the world including Women in Mice Empowerment in Ghana, and Vigor Unsung hero awards in which she was also honoured as the recipient of the “Top international achievement “award in 2018.

She was invited to speak at the “I am woman, hear me roar, see me !” and was celebrated for her philanthropy work recognized by the Canadian member of parliament Gary Anandasangaree as a Canadian Activist bridging communities together, both locally and internationally.

Along with such achievements, Nini has a strong academic background in Graphic Design as she holds a Advanced Diploma from Seneca at York University in May 2013, along with Theological studies graduating in leadership in ministry from Supernatural Life Institute in September 2018.

As a brilliant minded black woman, she utilized her interdisciplinary skills in Talent Management and media Production in hopes to encourage more entrepreneurs of African & Caribbean diaspora to aspire after one’s full potential.

A visionary, Nini has used her entrepreneurial knowledge to successfully launch NA Management inc, a talent and development company she founded a few months ago.